The Sphere Project started in 1997, which means that Sphere is now 25 years old! 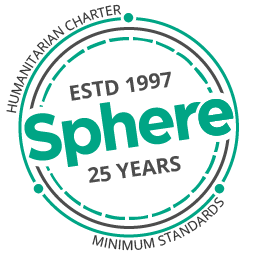 To celebrate this occasion, we asked our focal points, members and trainers for some photos and memories. Below you will find what came back, arranged in chronological order.

No article could ever do justice to the countless years of dedication to the Sphere movement shown by thousands of people all over the world.

Nonetheless, we hope this selection gives a sense of how the Sphere Handbook is used around our world every day, and how Sphere’s fantastic partners sustain and grow the network through their training and outreach activities.

If you have been part of this great journey, thank you, and prepare yourself for a trip down memory lane.

The Sphere Story mini-series documents the origins of Sphere through a series of interviews with the founders. Made in 2015, the documentary captures conditions pre-Sphere, and is a timeless classic among the over 100 videos available on Sphere’s YouTube channel. 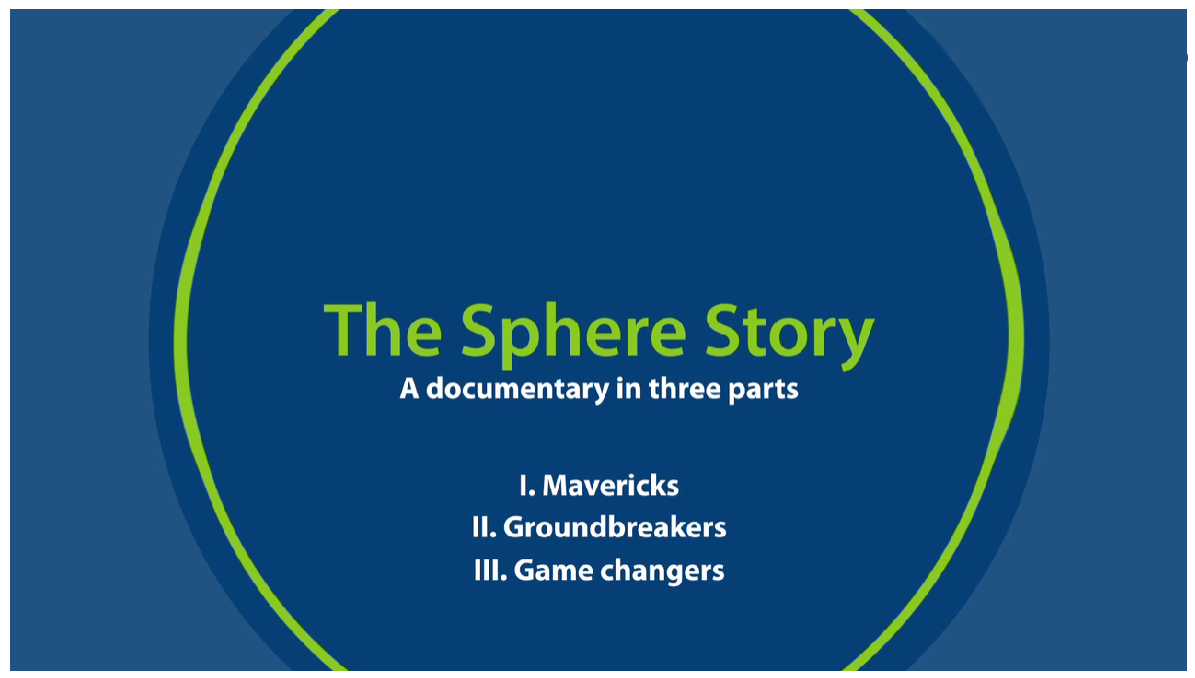 The Sphere Story: A documentary in three parts

A pilot edition of the Sphere Handbook was released in 1998, just one year into the Sphere Project. It is a little-known fact that this ring-bound edition was translated, among other languages, into Japanese. 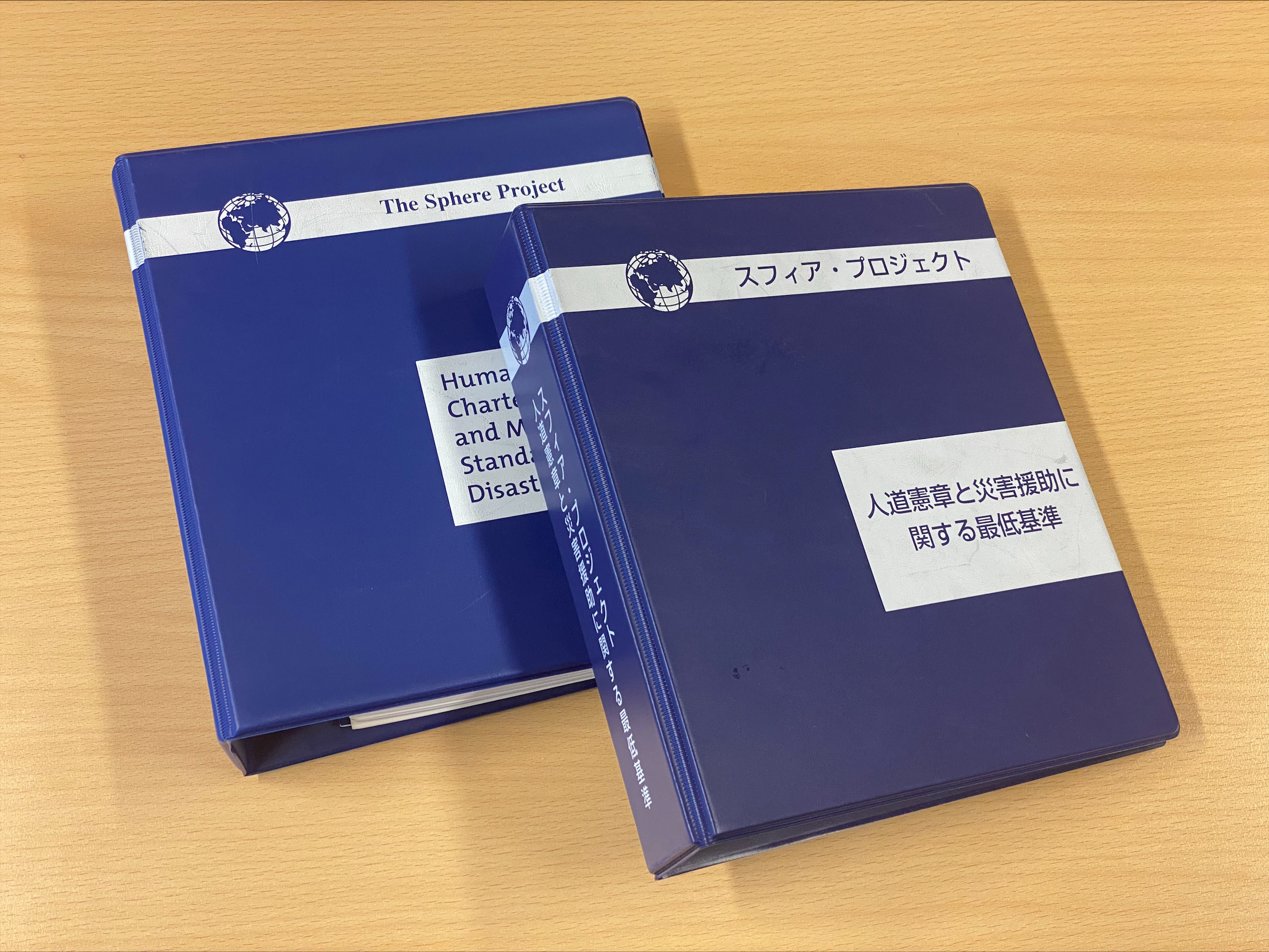 The pilot Sphere Handbook in English and Japanese

Sphere arrives in Latin America and the Caribbean (LAC) 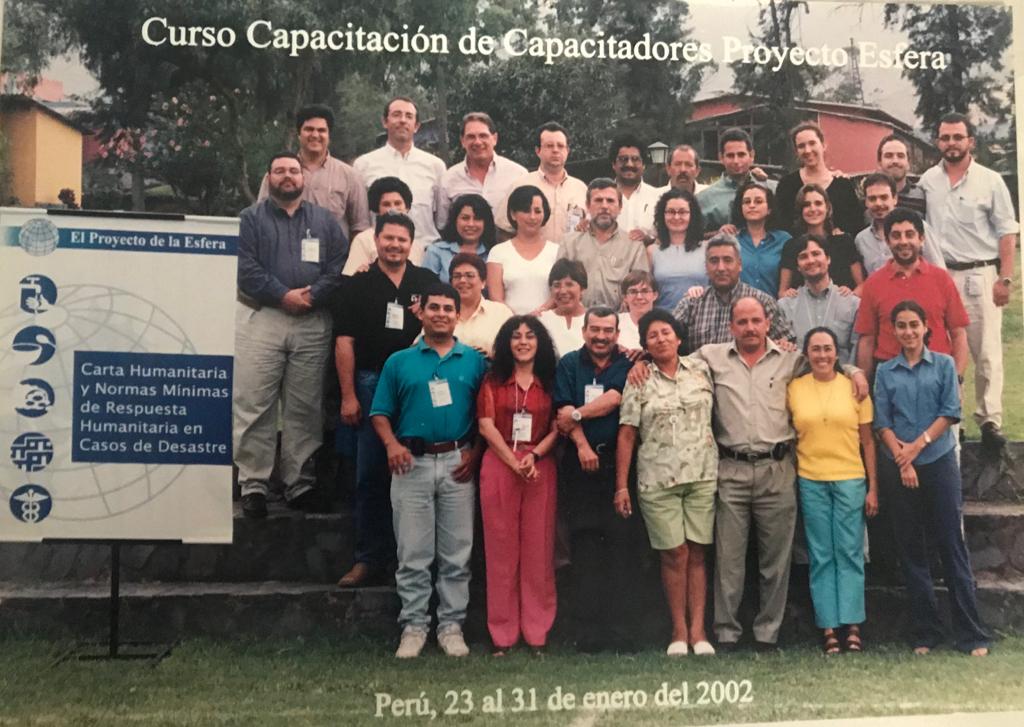 Participants of the Sphere ToT in Peru in November 2002

The first ever Spanish-language Training of Trainers (or “Capacitación de Capacitador@s”) happened in Peru in January of 2002.

Sphere trainer, Daniel Arteaga (on the right of the photo wearing a red polo shirt), remains an active member of the Sphere community and has played a significant role in the growth of Sphere in Ecuador and the wider LAC region over the last 20 years.

“Above all, the factor with the greatest impact has been that the public entity in charge, currently the ‘Servicio Nacional de Gestión de Riesgos y Emergencias’ [SNGRE], has adopted Sphere as the basis of its response plans, its emergency operations coordination manual, its directives on how to assess damages, its guidelines for the management of temporary shelters, and more, leading to widespread acceptance and application of Sphere Standards in Ecuador.”

Listen to Daniel talk more about his Sphere journey (in Spanish) here:

Many workshops in Venezuela

Sphere trainer, Alejandro Castañeda, who also remains one of Sphere’s active “Esferianos”, sent this gallery of photos from the era of the orange Handbook. 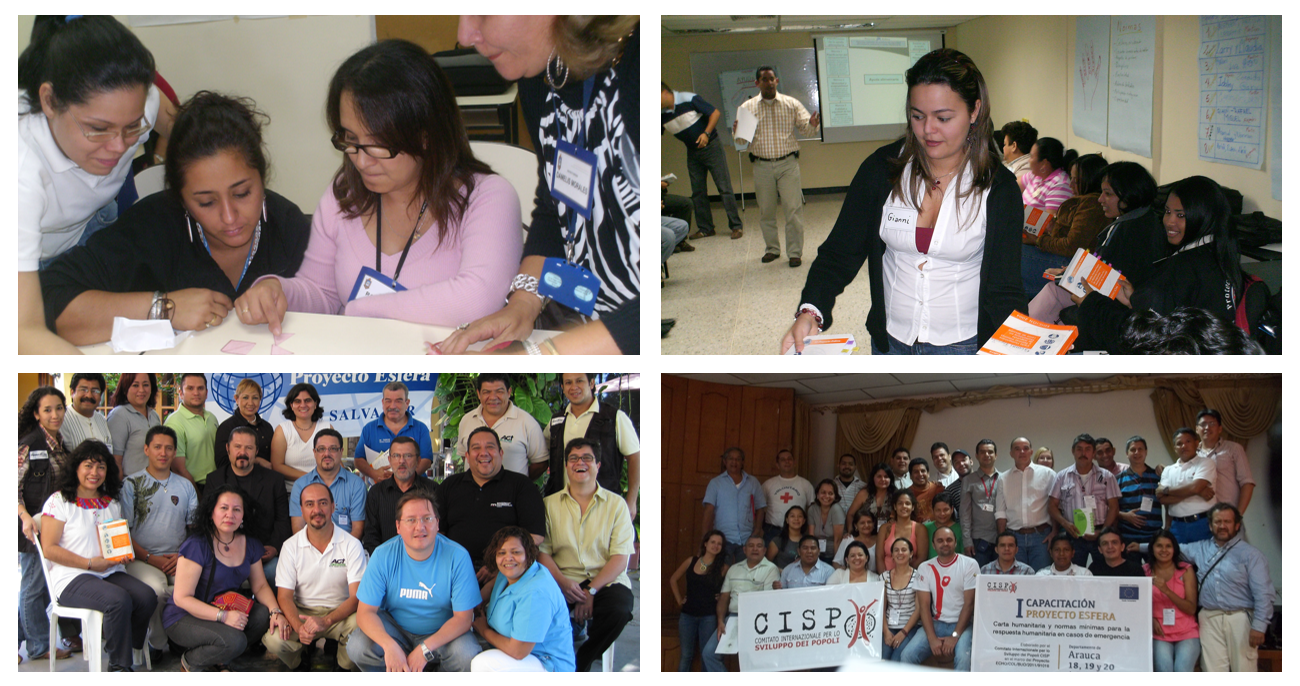 Sphere trainer, Sylvie Robert (at the far left of the group photo), has been part of the network since its outset, including involvement with the very first Sphere ToT in Geneva in the year 2000.

In 2005, she worked with CWSA to establish the “Sphere Focal Point for Response and Support to the Use of Sphere in the South Asia Earthquake Response”.

“Since then, ongoing tremendous efforts have been made in Asia to promote the use of Sphere in a collective manner, together with other commitments and standards on Quality, Accountability and Safeguarding. It is a long story of individuals innovating and creating learning opportunities for the sake of people’s dignity!” 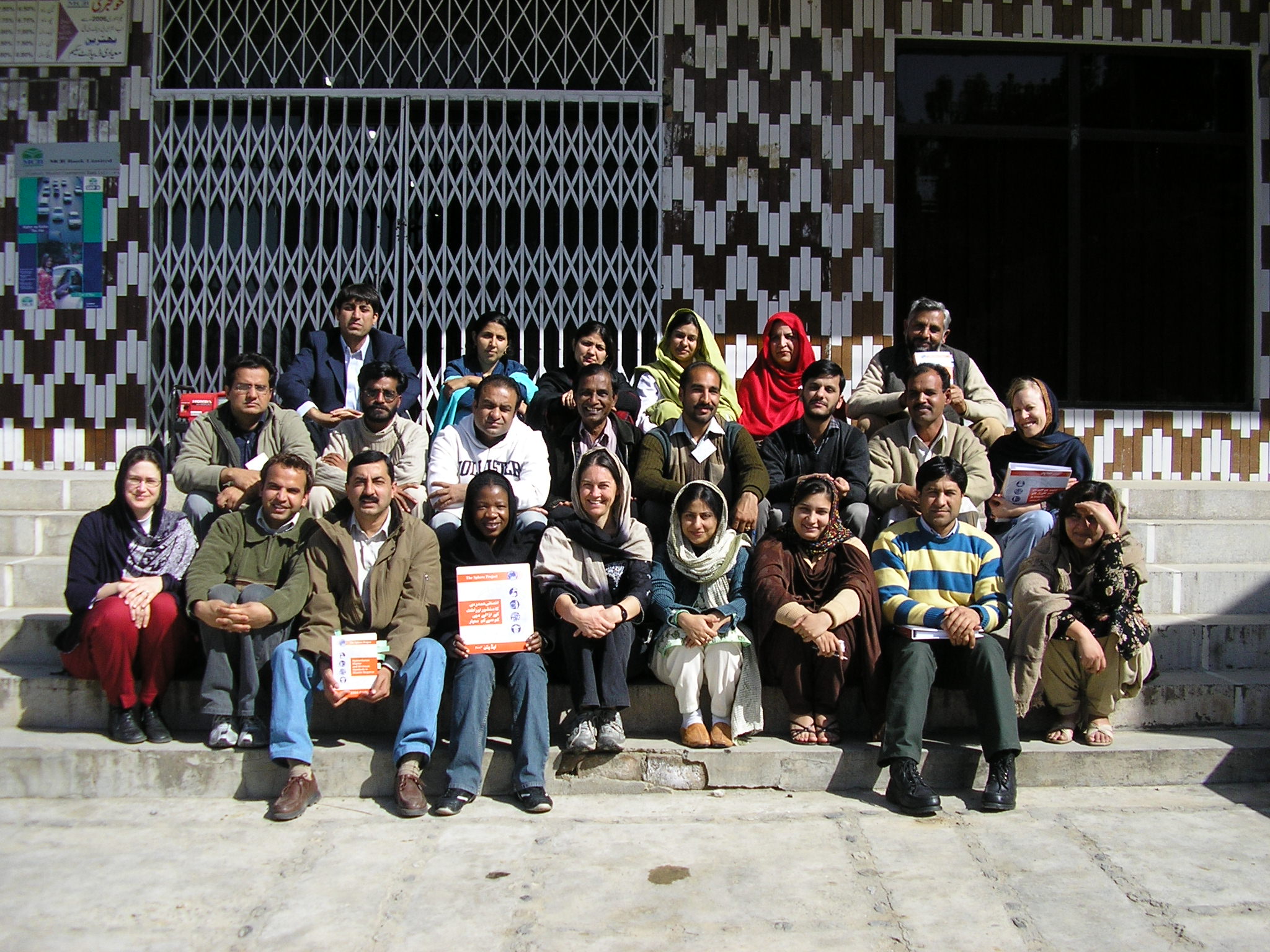 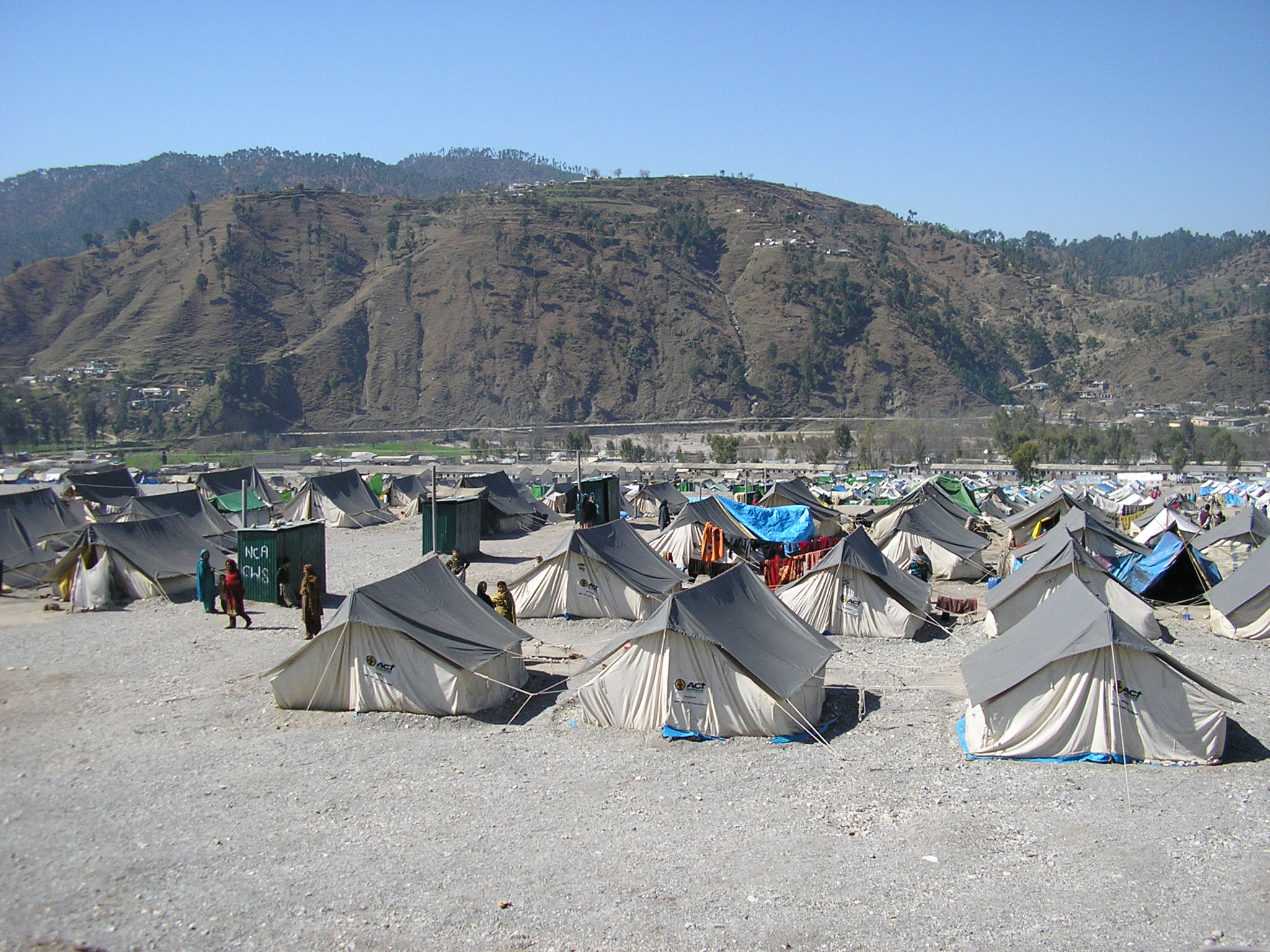 One of the three camps reviewed as part of the workshop

A ToT in the Dominican Republic 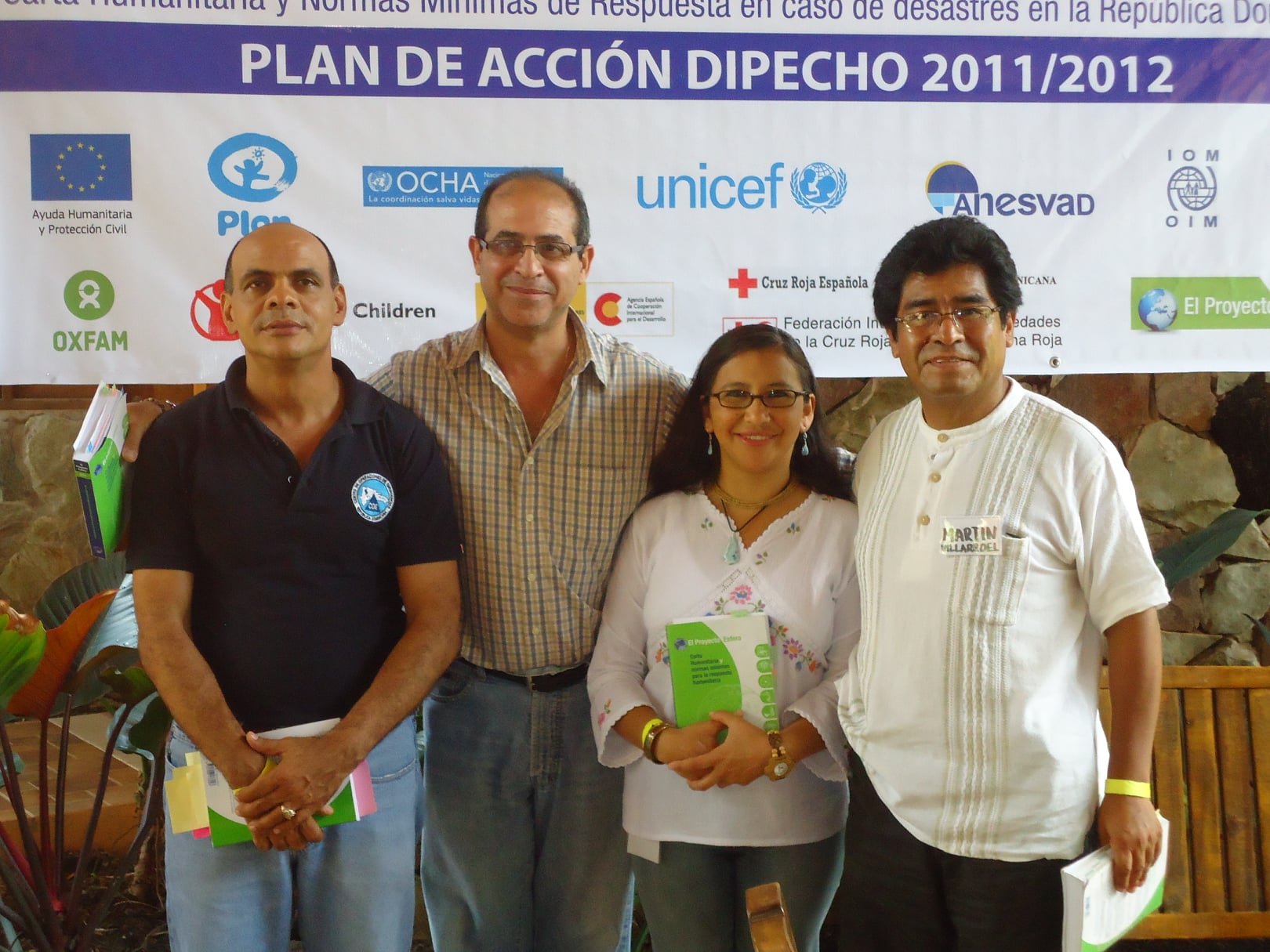 Sphere trainer Lillian Lopez Zambrana (pictured) remembers joining the facilitation team for a Sphere ToT in the Dominican Republic soon after the release of the green Handbook.

A Law for a decent life in Yemen

“When I heard about Sphere for the first time, it was in 2012, but my interest in Sphere increased with the events that took place in my country, Yemen. That shock motivated me to search for a deep understanding of humanitarian work. I got excited with Sphere, and it became a core part of my understanding for designing humanitarian assistance and development programmes.

“Through its distinctive approach to guiding safe and sustainable interventions, Sphere is not just a tool to organize humanitarian work, but a law for people to have a decent life.”

Much love from Southeast Asia 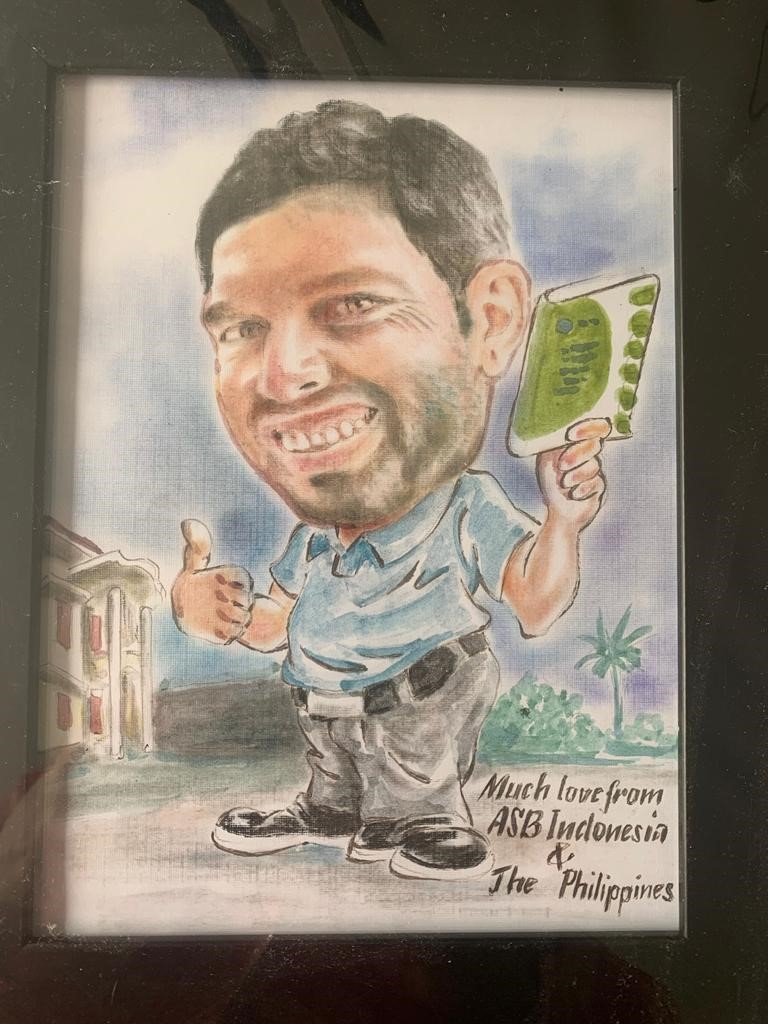 A caricature of Axel holding the 2011 Sphere Handbook

Subscribe
We use cookies to ensure that we give you the best experience on our website. If you continue to use this site we will assume that you are happy with it.Ok